How to Become a Data Scientist With Online Courses 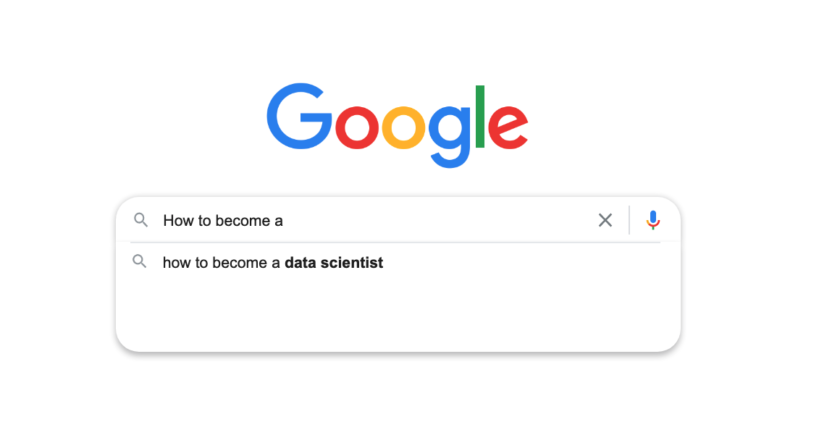 Data science is among the fields that seem to constantly attract new workers. Those who become data scientists play an important role in analyzing data. These scientists use contextual understanding, industry knowledge, and other skills to analyze data and develop solutions. But how does someone become a data scientist?

What Is a Data Scientist?

Anyone interested in becoming a data scientist should understand what this job entails. Data scientists gather and analyze vast quantities of structured and unstructured data. Data scientists also use skills that are common in the fields of mathematics, statistics, and computer science.

The ultimate role of a data scientist is to analyze, model, and process data before interpreting the results. Organizations and companies use a data scientist’s interpretation to develop actionable plans.

Those in data science must be analytical experts capable of combining skills from social science and technology. These people also must be skeptical of any existing assumptions and industry knowledge. Data scientists frequently work with unstructured data that is messy and does not fit into a database neatly. The most commonly used data includes that from emails, smart devices, and social media feeds.

Data scientists commonly work in a business setting. In this setting, this role involves making organizational decisions based on data and communicating complex ideas in a manner that those in other roles can understand. Data scientists also regularly interact with operation and marketing departments due to their abilities to clean, process, and store data.

Because of this, data scientists must be leaders, team players, analytical thinkers, and strong communicators.

Due to the use of data in both fields, it is common for those new to the field to need additional guidance on the differences between data science and statistics.

Each of these roles works toward slightly different goals. Most data science problems aim to optimize searches or make predictions, looking forward. By contrast, statistics aims to draw conclusions about the world with the goal of determining causations.

Statisticians tend to use a simple model, such as linear regression, then check the data to confirm whether it fits the model’s assumption. Modeling improves by revising any violated assumptions. By contrast, data science tends to focus on the model’s predictive accuracy instead of the lack of violation of assumptions.

Although there are exceptions, data scientists tend to focus on huge databases while statisticians focus on smaller quantities of data.

Data scientists have less of a focus on quantifying uncertainty compared to statisticians. This is very rare in data science but essential to statistics.

Why Becoming a Data Scientist Is Interesting

For those with an intellectual curiosity, data science is a highly interesting field, as it allows one to constantly solve puzzles and riddles. Data scientists constantly engage their brains, making this a highly appealing job for those who appreciate a challenge. The nature of data science also makes it particularly interesting to those who enjoy putting information in order or the feeling of success after making an important conclusion, as the insights from data science can significantly improve businesses.

Part of the appeal of data science is the strong job outlook. An increasing number of companies want to hire data scientists as they realize the benefits that this role brings to their competitors. There is an increase in supply, but the increase in demand for the job is still sufficient to account for this and maintain a positive job outlook.

Becoming a data scientist requires a vast range of skills, including technical, analytical, and communication skills. The following are among the most important for aspiring data scientists to hone.

Data scientists use analytical skills to determine what data is useful. The insights from these skills also assist with solving organizational challenges, such as customer retention.

Because data scientists commonly work in business settings, they must have at least a basic understanding of those businesses, including some industry-specific knowledge. This understanding provides a context for the data, and without it, it would be nearly impossible to gain actionable insights.

As mentioned, data scientists must present their analysis and insights to other members of their team. As such, they must have strong verbal and written communication skills and knowledge of the ideal methods of visualizing insights.

Although not essential for data scientists, machine learning and artificial intelligence skills provide a competitive edge and are much sought after. Key areas to focus on include neural networks, adversarial learning, decision trees, and logistics regression. Other useful areas include supervised and unsupervised machine learning, natural language processing, time series, recommendation engines, computer vision, outlier detection, and survival analysis. These skills will significantly improve the ease with which data scientists solve problems.

Data scientists must have a thorough understanding of mathematics, including statistics. This knowledge provides the framework for managing databases, data modeling, and determining data requirements for the challenges a business wants to overcome.

The programming knowledge of data scientists must extend to knowledge of the various platforms used. Most roles prefer applicants that are familiar with the Hadoop Platform, Hive, and/or Pig. It is also helpful to know how to use cloud tools, including Amazon S3.

Data scientists also must make an effort to learn Apache Spark. This large data framework is faster than Hadoop. Like many of the other technological skills mentioned, the developers of Apache Spark created it for data science, specifically to run complex algorithms more quickly. As such, data scientists can use this platform to save time and deal with complex and unstructured data sets.

Most jobs in data science require applicants to have experience with SQL database and coding. Applicants should have the skills needed to write then execute complex queries. Although it is a programming language, it is important enough to develop separately. The creators of SQL created it to help with working on and accessing data, both of which are important for the insights data scientists must achieve.

An Overview of Tools and Platforms

Other Skills to Enhance Prospects

There are several other optional skills that could help distinguish a candidate and improve their prospects. Keep in mind that the machine learning and AI skills mentioned above also fall into this category. Others include Scikit-learning, classification algorithms, econometrics, NumPy, Pandas, data engineering, and pipeline (computing).

Online Courses on Elektev to Help Gain Those Skills

Where to Learn Data Science Online

While this was the traditional path, data scientist roles today do not necessarily require any degrees, provided that the applicant has the necessary skills. As such, data scientists are free to acquire those skills anywhere they want or to supplement skills from a traditional degree path.

As mentioned, data scientists can learn many of the required skills for this field at Elektev. A range of online courses is available, including those directly related to data science and those that may only be relevant for certain specializations.

Udacity is one of the top data science course providers you can find courses from on Elektev. Udacity’s “Become a Data Scientist” course in particular is a popular data science course. It has an overall rating of 4.5 stars from over 200 students. This course teaches students the skills needed to be come a successful Data Scientist through projects designed by data science experts. Students will work with data pipelines, create experiments and recommendation systems and deploy solutions to the cloud. Click on the image link below for more details about the course program and a $50 discount on the course.

Some of the skills mentioned previously are important steps toward specialization. Many data scientists choose to specialize in areas such as research, database management, machine learning, or artificial intelligence. Pursuing a specialization can allow a data scientist to increase the demand for their skills and, therefore, their salary.

Another method of specialization is to choose the industry in which to work. Some of the most popular industries that use data scientists include media and publishing, biotech and pharmaceuticals, marketing and advertising, internet and tech, and financial services, although most industries have a use for data science.

Data scientists can choose to work in a wide range of settings, although their skills are most sought after by large corporations. Some of the largest financial institutions and international companies will pay data scientists salaries of $1 million to help with profitable insights.

Data scientists can choose to work in nearly any industry. In finance, the role is to find insights from market data to increase profits. In medicine, data scientists analyze patient information, drug-study datasets, and more. In transportation, this role assists with optimizing public transportation. The possibilities are nearly endless.

Of course, salaries vary based on the specifics of the role, including the industry, the responsibilities, and the skills used.

While many data scientists choose an educational path that will lead directly into the field, this is not the only option. Others begin with a different job, then supplement their skills in ways that apply to their industry or job, eventually transitioning to data science.

Some of the most common starting points from which data scientists transition include:

Those who want to become a data scientist can do so without a traditional undergraduate and graduate education. Most employers care more about the skills of the data scientist than an education. As such, taking free courses can help aspiring data scientists gain those skills without cost.

Elektev offers a range of data science courses, many of which are free. Example courses:

Those that are not free are incredibly affordable, with many options available under $20. As such, even paid courses will cost significantly less than a traditional degree. Elektev’s courses include all that a data scientist needs to develop the range of required skills, including Apache Spark, R programming, and Python, along with those for more advanced skills to provide a competitive edge, such as machine learning. Example courses: