Small apps and websites are easy, but the major challenges arise when the app starts getting bigger and more complex. This is where testing comes in, so that the more codes you add, the less bugs are created. Anyone who has had to deal with bugs understand the painstaking time and energy that goes into removing them.

Testing is a great way to ensure that your codes work without rendering them or sending them on to production. However, the old manual testing methods are medieval and tedious. Writing codes for every test scenario makes the job not only harder and longer but can also result in bugs still leaking on to the production stage. This is why test-driven development is a great option.

Angular is currently one of the best frameworks to work for building dynamic and complex apps which result in apps that look professional and work spectacularly. However, that isn’t all that Angular is good for. It also offers a kick-ass TDD environment.

Angular Testing further simplifies the process of testing by making testing even easier. Using TypeScript, Angular offers a much richer development ecosystem. It allows an environment for testing multiple scenarios, as well as simulation of server-side requests and abstraction of the Document Object Model (DOM).

However, getting started with the Angular TDD can be a little confusing which is why we have designed the ultimate Angular TDD course to help you get started! This course covers everything you would need to know about Angular Test Driven Development. The course will help breakdown exactly how to get started with Angular TDD and even how to incorporate it in your own projects.

The course balances theory and practical to ensure that each example comes with the theory behind it and vice versa. At the end of this course, you will have not only mastered Angular TDD, but you’ll also be confident enough to actually start using this amazing environment for your own Angular projects.

The course will start with a basic but detailed introduction into Angular Test-Driven Development, from where it will delve deeper into topics such as different testing components, forms, tests, third-party testing services, useful Angular libraries (Jasmine, Karma, Protractor, Faker, etc.), specifics of testing Angular applications and even how to conduct end-to-end testing.

So, what are you waiting for? Enroll now and let Angular TDD do the testing for you! 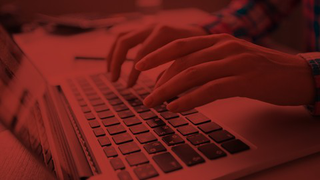