This course describes the radio and core sub-networks of a mobile network. It reminds us a little on how it all began with 2G GSM and moves through 3G UMTS to 4G LTE and beyond.

We take a journey through the different network topologies, network elements, protocols, signals, standards, interfaces and functionalities that make up a mobile telecom network. As we explore this fascinating world, we get to understand the terminology, and to "join the dots" between the many layers that belong to mobile telecommunications.

This course is not about specific vendor equipment. It is course about the technology that is used by telephone companies all over the world. This course makes a very complicated topic very easy to understand and the knowledge can be applied to any vendor equipment. It does this by teaching the technology in the order it was implemented and thus allows the student to build upon knowledge already gained.

It avoids for example, the inability to understand 4G technology because certain concepts in UMTS had never been fully understood.

The course encourages students to understand what they don't know, to ask the right questions and to validate the answers they have found through research. 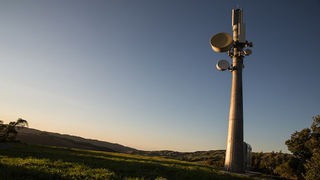