This is the only course on Udemy, which is designed to cover the API which are not covered in any iOS/swift course exits.

All the API covered are either not well known among 80-90% of the developers or they were never used by the iOS developers which develops same kind of apps through out the year/s.

All the explanation and coding exercise shown here in this course is 100% new, non-repetitive and genuine as far as Udemy’s other iOS courses are concerned.

As mentioned earlier, this is the initial release of the kind of course and we’ll keep adding new lectures to the course depending on the feedback, suggestions and requests received. We already have created videos with few other API’s but resisting ourselves adding them in the initial release.

By the end of this course, you will be able to make your own Hybrid App, able to convert the existing website along with iOS API’s to a full fledge iOS App.

This course does not teach you on how to program or how to use Swift to develop iOS App but it helps you to explore more on hidden features available in iOS SDK.

Right audience for this course is the one who knows…. 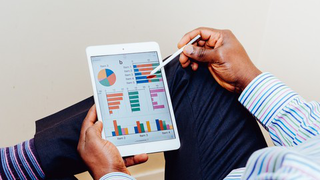