In this course we use Python to write our server for our GameMaker Studio game using the Suspendee Studio Networking Engine.

GameMaker Studio users that have worked with networking know that it is incredibly difficult to run GameMaker Studio written servers on a Virtual Private Server. Since we write the server in Python, you can easily run and test your server, and use it professionally.

If you wanted to store scores in your own server database, produce co-op GameMaker games, or, MMO GameMaker games; you can now do it with ease with our networking engine. This engine is for large projects, since running Python servers is not only easy, but allows you to use Python's modules with the server.

The Suspendee Studios Networking Engine is an engine written in Python that allows you to easily write Python servers for GameMaker Studio games. 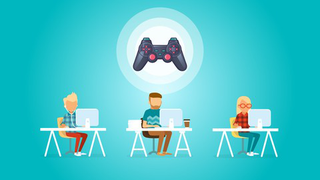