Full course of unique russian system which gives health, resistance to viral diseases and spiritual growth for all ages.
Course from Udemy
4 students enrolled
en
No doubt that this course, which was created with love to all of you, will make you healthier and stronger by spirit.
You will learn 12 rules of the system "Detka", which was very popular in Russia. Using this system you will get health, courage, masculinity and development of your spirit.
Following this system will help you to overcome fears of catching a cold and getting sick. You will not be afraid of cold, hunger, thirst anymore. And, one day, it will help you to stay a human being.
I will demonstrate you reasonable techniques of HARDENING BY WATER and taking COLD SHOWERS.
I will demonstrate you SNOW - ICE THERAPY. You will be able do walk in the snow, wash yourself by snow and ice. Snow and ice are the BEST medicines!
I will demonstrate you WALKING BAREFOOT. It's a great way to free from deseases and get fantastic power from Earth.
I will demonstrate you COLD WATER SWIMMING. You will be able to swim in the river, sea, ocean at low water temperature and it will open to you winter resorts of many countries. This ability will save your and other people lifes. It will also give you significant spiritual growth.
You will no longer be a slave of alcohol and cigarettes. Up to you, but i will try to free you from this prison.

Today i'm happy to offer you what may seem strange but become the most important purchase of your life.

This course will destroy your fears of catching a cold and getting sick. You will not be afraid of cold temperatures, hunger, thirst.  It will make you better and your spirit stronger.

I believe that one day we will win battle with "CoViD 19" (but only when 500 millions of people will stay on the Earth).

But i also believe, that this virus is only test, and only beginning.

The main question is what qualities we must have to have ability to protect ourselfs today and in the   future.

I'm getting ahead of myself. To protect yourself you must be hardened person, be united with nature, do not drink alcohol and do not smoke and follow  moral and ethical normes.

This course is about this.

In this course you will study 12 rules of a system of natural healing "Detka", principles of hardening for beginners and you will see some demonstrations, which ordinary hardened person can do.

This is a new version of a course "Hardening for beginners". First this course was written in Russian, and was created for Russian audience. But now i have decided to translate it into English, because sad circumstances in a World appeared.

Now, when many countries face with threats i present you my course "Detka system: increasement of resistance to viral diseases" or "System of natural healing "Detka" & hardening for beginners", or Practical course of hardening and swimming in cold seawater.

Now, when humanity fights with coronavirus «Detka» system can help to many people.

This course tells about the legendary Russian, Soviet system of natural healing "Detka", following the rules of which can increase the body's resistance to viral diseases and colds.

The system was very popular in the 80s of the 20th century in Russia. Now, in the age of human plague, it is time to remember it. The "Detka" system is not only a means of hardening. Its uniqueness is that it not only gives health, but also restores the connection of man with nature, teaches a person to communicate with it.

In Nature, only a healthy organism can exist. Sick animals do not withstand natural selection. In nature, during the pestilence, the weakest animals die. Today - this is a a 'pestilence" of humanity.

It does not matter where the virus was created, which has now swept the planet: in the laboratory or originated in Nature itself. My opinion is that the virus originated in itself and its purpose is to force humanity to change habits.

This is not revenge, but the first serious warning to humanity from Nature. This is only the first virus, and there will be many more.

Why does nature "punish" humanity? The man has come out of nature, but has lost touch with it, squanders its wealth and always increases consumption.

Why are people now seriously ill or dying? Because they have weakened immunity and weak resistance to the virus.

Is there a means to prevent the future infection of the body with these and other more dangerous viruses and increase resistance to the disease? Yes, there is such a remedy.

Medicine, sports, yoga, wu-shu, taijiquan can do it? No!

Hardening can do. It is an ancient tool that modern man does not want to use. Now it is almost forgotten, because it requires a person's will, a high level of spiritual development, courage. These qualities are not in vogue now. In addition, tempering is strongly associated with totalitarian states: the USSR, Germany, Japan.

Hardening cannot 100% prevent infection with viruses, but can increase resistance to viral diseases and faster and smoother recovery. If you are hardening for a long time the probability that you will get sick decreases, and the probability of a rapid recovery increases.

Simple hardening is not what is needed in the current situation. The purpose of hardening was initially to increase resistance to adverse natural factors, so as not to suffer from cold and heat during research and expeditions, to find the desired and .... better to rob nature.

Is there a system that, besides hardening, teaches man how to return a person to Nature, correct his mistakes in Nature to transfer him to another spiritual level and reconcile him with Nature?

Yes, it's the “Detka” system. I've been using this system for almost 30 years and I'm sure it has ahead of time. It was created by one of the most wonderful Russian thinkers, practitioners and spiritual teachers.

It has three levels. The level for the common man who wants to be healthy- the level of hardening, the spiritual level, the metaphysical level. I constantly find more and more facets in it.

I'm sure it's time to introduce you to this system. While you have time in quarantine, you can easily follow all 12 rules of the system. It is a time and chance to begin.

Thank you and good luck.

Please do not hesitate to contact me in case of any questions.

PS Previous title of course is "Practical course of hardening and swimming in cold seawater". 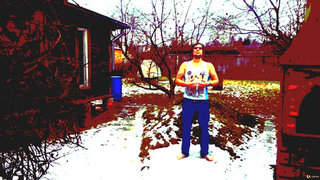 FAQs About "Online school of hardening, barefoot and coldwater swimming."