Ruby Programming Skills are vital for Ruby on Rails development. These tutorials will teach you Ruby fast!
Course from Udemy
652 students enrolled
en
Understand how to write programs in Ruby
Be able to write your own Ruby programs and games
Have the necessary pre-requisites to learn Ruby on Rails

So maybe you tried out Ruby on Rails, but found it too hard, because you didn't know the Ruby programming language.

Maybe you have worked a bit with Ruby and want to learn it properly. After all it has many uses, including games.

Perhaps your boss or client threw you in the deep end with a Ruby on Rails project, and you are struggling with Ruby?

Or maybe you just decided you would like to add the Ruby programming language to your resume to give yourself some better opportunities.

If so, you are in the right place.

This course is going to teach you have to program in the Ruby programming language.  No previous programming experience is assumed.

This is the perfect primer for developers looking to tackle Ruby on Rails.  You need to know Ruby well to be a great Ruby on Rails developer, and this course will give you the skills you need in Ruby.

Ruby is used in a wide range of fields, but is best known as a language for Web Applications, because of the Ruby on Rails framework. The general purpose nature of Ruby makes it suitable for a wide array of programming tasks, just like Perl, Python and other general purpose languages.

Ruby was originally designed with the goal of making programming fun, and in Japan, where it came from, Ruby was used to make games. You will actually learn to create a game in Ruby in this course.

Plus, Ruby programming code reads like English and that makes it a lot easier to understand if you are just starting out as a programmer.

As a dynamically typed language, Ruby does not have all of those hard rules other languages do, and in many respects is similar to spoken languages. This empowers you by giving you flexibility to solve problems in a more human way than other programming languages.

Some of the features covered in the course include...

Why enrolling in this course is the best decision you can make.

This courses uses non complicated examples to do complex things.  The goal is to get you to understand exactly what you are doing and the reasons why, rather than typing in code you don't understand. No code is glossed over, as it is important for you to understand what each line is doing.

Your instructor, Stephen Chesnowitz became a fan of Ruby and Ruby on Rails back in 2012 and dove in head first. Over the years he has worked on some pretty cool projects, and is here to share what he can and help you along your path into the world of application development using Ruby.

As a result you are dealing with someone who not only knows the Ruby language really well, but has the skills to teach things in a way that anyone can understand.

After completing this course, you will have the necessary skills to be able to use Ruby to create your own programs, and even games.

The sooner you sign up for this course, the sooner you will have the skills and knowledge you need to increase your job or consulting opportunities.    Ruby skills are in high demand (via Ruby on Rails especially) and you will understand and be able to use the Ruby programming language after going through this course.

Why not get started today? 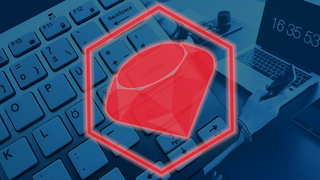 FAQs About "Ruby for Beginners"