Ever since the dawn of computers, businesses have been attempting to automate processes. With the advent of RPA in the recent past, this automation game has moved to a higher trajectory.

What is Robotic Process Automation (RPA)

Robotic process automation refers to specialized software programs also known as software robots. These specialized software programs are entrusted with 'doing' iterative and mundane tasks that otherwise would be done by humans in front of the computer. It imitates human actions and acts which does the work required without any breaks. An advantage of having such software to this kind of work is that it reduces the probability of human error and increases productivity significantly

As the task gets more complicated, software is equipped with more cognitive technologies. These include machine learning, speech recognition and natural language processing. Also known as digital workers, these software and systems are very reliable and efficient in performing the task allotted despite the level of skill required.

Current State of the market and Why Python for RPA?

Market is currently flooded with multiple tools to do these kind of automation. At the same time, there are multiple instances of automation initiatives failing that has made businesses wary. The key reason is that processes are not standardized. That is where an automation project done in Python can be a game changer because automating in python provides the much needed flexibility that is needed for the real world.

This course covers the concepts, python programming and automation programming comprehensively so you are ready for the real world challenges. Course uses Google colab as the development environment - you learn to code in a cloud environment but also to access data stored in cloud. 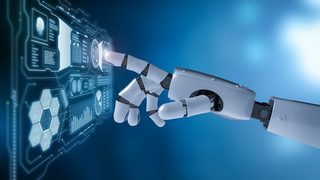