Robotic process automation (RPA) is a software designed to automate simple, repetitive, time-consuming tasks. It is becoming an increasingly popular technology in modern industries such as banking and finance, healthcare, insurance, and many others due to its wide spectrum of benefits: reliability, customer-friendly UI, and low cost. The global RPA market is expected to reach $3.11 billion by 2024, according to a new report by Grand View Research, Inc., growing at more than 30 percent CAGR, and there are more than 2,100 RPA jobs worldwide.

Automation Anywhere is one of the popular RPA vendors offering powerful & user-friendly RPA capabilities to automate any complex tasks. It is one of the "Revolutionary Technology" that changes the way the enterprise operates. This tool combines conventional RPA with intellectual elements like natural language understanding and reading any unstructured data.

Automation Anywhere allows organizations to automate the processes which are performed by the humans. It is a Web-Based Management System which uses a Control Room to run the Automated Tasks. Automation Anywhere tool can automate ends to end business operations for companies.

Apart from that the control room deal with

There are 2 types of Licenses in Automation Anywhere

Bot Runner - The Bot Runner is the machine where you run the bot. You could have multiple bots running in parallel. You only need the Run License to run the bots. The bots report back the execution logs/pass/fail status back to the control room.

Automation anywhere tool should be used because of following reasons:

What include in this course? 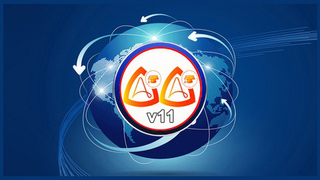