Ripple XRP: How to buy and invest with Ripple cryptocurrency

Learn what is Ripple, how the Ripple protocol works and how you can invest in XRP ripple coins today
Course from Udemy
254 students enrolled
en
What is Ripple and how to invest with XRP coin

Ripple is a real-time gross settlement system (RTGS), currency exchange and remittance network by Ripple. Also called the Ripple Transaction Protocol (RTXP) or Ripple protocol, it is built upon a distributed open source Internet protocol, consensus ledger and native cryptocurrency called XRP (ripples). Released in 2012, Ripple purports to enable "secure, instant and nearly free global financial transactions of any size with no chargebacks." It supports tokens representing fiat currency, cryptocurrency, commodity or any other unit of value such as frequent flier miles or mobile minutes. At its core, Ripple is based around a shared, public database or ledger,which uses a consensus process that allows for payments, exchanges and remittance in a distributed process.

The network is decentralized and can operate without Ripple (enterprise), it cannot be shut down.Among validators are companies, internet service providers, and the Massachusetts Institute of Technology.

Used by companies such as UniCredit, UBS and Santander, Ripple has been increasingly adopted by banks and payment networks as settlement infrastructure technology,with American Banker explaining that "from banks' perspective, distributed ledgers like the Ripple system have a number of advantages over cryptocurrencies like bitcoin," including price and security. 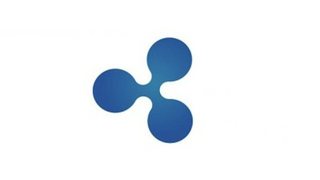 FAQs About "Ripple XRP: How to buy and invest with Ripple cryptocurrency"