In the first section of this course we will cover personality and the Big 5 model on trait theory, which is the most widely accepted theory used today in order to identify someone's personality.

Personality is an understudied subject matter in comparison to other psychological sub-fields, and has its roots in various past and modern theories.

In today's world even large companies/corporations use personality assessment tests to evaluate and screen potential candidates for their company. Some employers utilize personality assessments to see if a specific individual is the right fit and can be grafted into their workplace culture, and ultimately find long-term job retention and meaningful employment.

There are many complexities and intricacies when dealing with human psychology, especially when it comes to personality because we both know no two individuals are exactly the same! - Fraternal twins may look identical from a biological or physical standpoint, however, their personalities are what makes them unique.

Join me as I take you on an enlightening journey on understanding the topic of personalities and its relevance in today's world.

In the second section of the course we will go over the emergence of psychology, and cover topics such as theories, history, fundamentals  and the different domains of psychology.

Psychology only transitioned into the scientific paradigm rather recently during the 19th century, where initially it started out as a philosophical feat and later transformed into more scientific based inquiries and relied on empirical evidence. Therefore,  psychology and its sub-fields are a relatively recent phenomenon and is continuously expanding its knowledge base.

There have been so many benefits to psychology ever since the advent of its scientific enlightening and transition to more concrete empirical data and evidence based approach. Careers choices are endless and the knowledge of psychology is a universally applicable skillet that can easily be transferred over to almost any job dealing or interacting with people.

You can access this course anytime and anywhere as long as you have a secure internet connection and have successfully enrolled. Study at your own pace and when you want!

Also, you have the freedom to choose to either start from section 1 of the course which covers personality psychology or section 2 which covers psychology 101 and its fundamentals including the emergence and history of it. It doesn't matter at which point you start as this course was designed for your flexibility and convenience.

If you're thinking of pursuing higher education in psychology and plan on attending university in the near future, than I highly recommend you take this course and get a taste of what a 4 year college program has to offer in a more condensed format. This is both an excellent preliminary course for those who are new and are curious to learn more about psychology or a concise refresher for those who are familiar with the subject matter already. 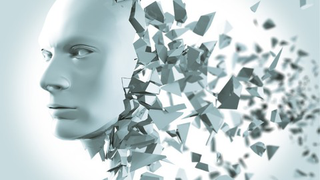