A Unique Guide To Ethical Hacking

who is a hacker?

A hacker is an individual who uses computer, networking or other skills to overcome a technical problem. The term hacker may refer to anyone with technical skills, but it often refers to a person who uses his or her abilities to gain unauthorized access to systems or networks in order to commit crimes.

Definition: Hacking is an attempt to exploit a computer system or a private network inside a computer. Simply put, it is the unauthorised access to or control over computer network security systems for some illicit purpose. ... They can destroy, steal or even prevent authorized users from accessing the system.

who is an ethical hacker?

An Ethical Hacker is a skilled professional who has excellent technical knowledge and skills and knows how to identify and exploit vulnerabilities in target systems. He works with the permission of the owners of systems.

who is a Penetration Tester?

Penetration testers, also known as “ethical hackers,” are highly skilled security specialists that spend their days attempting to breach computer and network security systems. ... They do this by trying to hack into networks to identify potential vulnerabilities in the system.

who is a bug bounty hunter?

Become a bug bounty hunter: A hacker who is paid to find vulnerabilities in software and websites. Anyone with computer skills and a high degree of curiosity can become a successful finder of vulnerabilities. You can be young or old when you start.

who is a computer forensic expert?

A Computer Forensics Investigator or Forensic Analyst is a specially trained professional who works with law enforcement agencies, as well as private firms, to retrieve information from computers and other types of data storage devices. 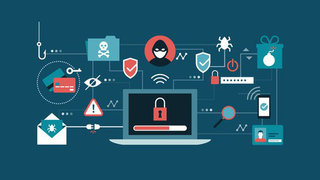 FAQs About "A Unique Guide To Ethical Hacking"

Elektev is on a mission to organize educational content on the Internet and make it easily accessible. Elektev provides users with online course details, reviews and prices on courses aggregated from multiple online education providers.