Ethereum and Solidity, The Complete Guide for Developer

Because of the potential Benefit that blockchain can bring a lot to the table. Blockchain technology become so much popular and one of the most demanded tehnology on this recent years ( and being predicted will be one of the biggest market in more years to come ).

Why ??? Because of the very tiny complete resources out there.

So, the purpose of this course, is to deliver the very easy structure learning steps, learn the core ( solidity ) of writing smart contract. learn solidity deeply with lot of examples.

Because as a programmer, By learning the programming language ( solidity ) well, then you can create, by means, of any application with any condition.

Finally, Starting in 2019, for just a bit information : 75% stating that they are likely to leverage Public blockchains in the future for business applications. 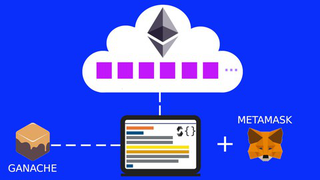 FAQs About "Ethereum and Solidity, The Complete Guide for Developer"

Elektev is on a mission to organize educational content on the Internet and make it easily accessible. Elektev provides users with online course details, reviews and prices on courses aggregated from multiple online education providers.