At the heart of being able to speak confidently in public (and in person) is to make it feel as if the conversation is one to one, from your heart to the heart of whomever’s listening to you, no matter how many in number.

That way you strike an empathic resonance – each person in the audience, or the individual you’re with, feels you speaking directly to them – and provided all other relevant factors are in place – striking the congruent tone of voice, body movement and stance, being clear about your message, and so on, everyone comes away feeling better and more beautiful for being seen and communed with, no matter how prosaic or challenging the situation.

Great Presence is about being in command not just of what you want to say and how to say it, but how you hold yourself for that conversation and in life – your presence in the world, your internal confidence and esteem in presenting yourself to others.

Or you may have an interview coming up, or a difficult personal conversation to have.

And if the thought of having that important or difficult conversation – the interview for that job you want badly, a personal negotiation with someone close, at work with a tricky colleague, or socially, let alone having to give a best man or woman speech, give a business presentation, or speak to the Queen – one where you want the best possible outcome for all concerned – then

consider how much better you would feel if you had

you’d be part if the way there – and the Great Presence training is going to give you that.

But to reach your full potential as a communicator, someone who knows how to swiftly gain clarity about the message they want to deliver, who can think, as in be cognitive, on their feet, who can convey their message succinctly and engagingly, whether talking to one person or ten thousand,

the remaining ingredients consist of understanding

This training will also give you that.

By following the carefully thought-through sequence as prescribed you will become a great communicator, a great public speaker, and of course, a great presence.

The chances are then that you’ll catch the communicating bug and rather than shy away from any form of public speaking, however large or small the audience, or away from difficult conversations of any sort, you’ll relish every opportunity similarly to how a great conductor might relish every opportunity to conduct a great orchestra playing a great concerto or symphony.

This in itself will open up avenues of opportunity in your adventure you had no idea were there and thus provide countless new options and broader, brighter prospects.

What I’m going to teach you about public speaking will help you equally with presentations at work, interviews, or whenever you’re required to parade, display, reveal yourself or put yourself on show. What we’re addressing here is in fact performance.

Performance means literally putting yourself within a form in order to bring it to life, whether that form is a play, a film-script, a presentation, speech, or even difficult personal conversation.

Through the course of 18 in-depth sessions we’ll address performance anxiety and cover all the requisite elements of having successful conversations whether they be one-to-one or one-to-many. We’ll cover:

Life is theater – it’s all a show – a great trick of the light. Public speaking is a specific form of theater. Your role is to entertain the audience, which means literally hold the space for everyone. It’s an act of service and a privilege. And it must be honored with due style.

What great presence is

Everyone wants Great Presence – they may not realize it consciously, but it’s why people party, why people drink, why people buy themselves things they don’t really need, why people congregate and connect, why people meditate and pray of course.

The importance of intention

You’re serving your fellows, by inducing them to feel better about themselves – this is a major key to overcoming your fear of public speaking – you’re not there for you, you’re there for them.

Trying to be funny is merely trying for you and everyone present. When you’re relaxed in your skin, when you’re enjoying the thrill of addressing people, your natural innate sense of humor about the divine comedy of life will spontaneously inform everything you say anyway, and if humor is required in the moment it will flow forth of itself.

Owning your message A variety of approaches to help you communicate your message fluently, confidently and enjoyably to your audience – having fun with it so others feel your enjoyment.

Taking command of your posture

Imagine being a trumpet that was all bent up and crumpled – no one would be able to get much of a tone out of you, however good a trumpeter they were; or imagine you were a magnificent painting, a Picasso or Matisse but the frame you were in was all bent up and twisted, distorting the painting so much no one could see it was a masterpiece. It’s exactly the same when you need to express yourself.

Without realizing it, all the unprocessed traumas of childhood, however small, lodge in your connective tissue and cause rigidity and stiffness in the muscles. The stiffness, or hardness, is an unconscious way of protecting yourself from further pain, a bit like donning a suit of armor.

In my opinion, the most powerful technique there is – it helps you sort out the biggest conundrums by no longer trying to sort them out, thus leaving them free to sort themselves out instead, which they invariably do. But it’s tricky to remember at first because it’s subtle and not spectacular so there’s various useful techniques to help you.

Observing from the rear brain

The rear-brain is the repository of all your extra-sensory powers and intuition. It’s the seat of wisdom and pure consciousness. It’s the perfect vantage point from which to bear witness to your performance so you can remain fully in command all the while.

This is important when you’re standing there in front of your audience, even if it comprises just one person, because love is the envelope in which your mutual experience occurs, and it’s this that transforms what would otherwise be a half-hearted affair into something memorably special.

The part of you you use to face your audience is your face – that’s why it’s called that or vice versa, why we call it facing an audience. Hence the state of your face largely determines how you do that – not in cosmetic or aesthetic terms, but in terms of how relaxed and open your face is.

If your message is the tune, your voice is your instrument. And as with any sort of tune, the most important thing is tone. If people like the tone, and more importantly if you like the tome as you’re hearing it in your ears, you’re most of the way there already.

Laying claim to the stage, auditorium or venue and to the space and time

A step-by-step protocol, similar to how cabin crews observe a set protocol during a flight.

People mystify the notions of confidence and charisma, to themselves and to others – you’ll learn the true meaning of both and that the key to both lies not in doing something but in not doing something. Namely not getting in the way of either.

As a doctor of Taoist medicine, a teacher of Taoist meditation, a teacher of Taoist martial arts, and a creator of books, online trainings like this, sound healing music for home and dance-floor use, occasionally perfume, live event experiences and so on, I’ve made it my business to master and practice the Taoist Five Excellences (more about them in the training itself) entailing not only formulating my message but delivering it, and as such I’ve been required to do thousands of public speaking and performance events over the decades.

I was by no means a natural at the start – to the contrary, I was quite shy, self-conscious, awkward and clumsy in my delivery. And though my enthusiasm for the subject and my innate drive to bring happiness to others carried me through, the cringe-factor was sufficient to spur me to do some serious training.

So in 1983 I spent 18 months working with the now defunct but then thriving and Actors’ Institute of New York run by the utterly brilliant Dan Fosse, not specifically for public speaking or acting but to acquire the inner game of the seasoned pro, and to gain lots of experience presenting to a crowd.

Perhaps more crucially though, I was then able to sit this training onto the Taoist template in such a way I was then able to teach it to anyone, no matter how phobic about public speaking, and have witnessed a fair few miracles of transformation in people from wallflower to great orator. I’ve found the knack of introducing people to the great presence within them and then showing them how to project that to an audience.

In my own public speaking process I’ve developed my own unique style over the decades, generally not working from scripts but simply knowing where I want to go and ad-libbing, extemporizing, improvising, and though I continue to derive a huge thrill each time I step up to the mike, I rarely experience nerves and if I do am able to settle them before I’ve spoken my first sentence.

I’m able to hold a crowd rapt for three hours or more if required, which I often am.

And I’m able to pass all these secrets onto you now, in an orderly, methodical way, so that in less than three weeks you’ll be able to take to any stage and deliver a world-class talk or speech like a pro.

But remember the ultimate reason for any gathering of two or more people, regardless of the overt reason, is to elicit at least a moment of communion with the Great Presence informing all of this and us. No matter the content of your message, even if it’s a business presentation about the most mundane matter, even if it’s a challenging personal one-to-one conversation, the real reason any of us are brought together is the chance we’ll somehow manage to elicit a moment of communion with the Great Presence. And when that happens, everyone present benefits profoundly, not least of all you who facilitated it. 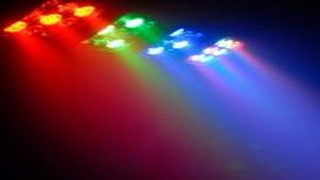