1. Your organization has a single Virtual Private Cloud (VPC) for development workloads.

Cloud (Amazon EC2) instance is configured to provide developers with remote access. The

traffic to the private address of the instance. Your organization acquired a company that

also uses AWS with their own VPC. You have configured VPC peering between the two

VPCs and instances can communicate without issue. Which of the following flows will fail?

B. A virus scan from an instance in the acquired VPC to a user connected through VPN.

C. An Application Programming Interface (API) request from a VPN user to an instance

in the acquired VPC.

D. A web request to the Internet from a user connected through VPN.

your certificate within ACM. When you try to enable Amazon CloudFront, however, you

do not see the certificate available for use. What could be the problem?

A. ACM does not support Amazon CloudFront.

B. You need to purchase a certificate from a third-party Certificate Authority (CA) and

upload it to ACM.

C. You need to configure the preshared key for ACM.

D. You might not have created the ACM certificate in the right region.

3.AWS Shield Standard provides protection at which layers of the Open Systems Interconnection 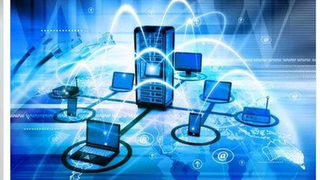