Learn how to spot the lie in ANY speech, voice message or email, taught by the man who trains the NSA, CIA, and FBI.
Course from Udemy
1162 students enrolled
en
You will be able to tell if anyone is lying without ANY interaction--from listening to a conversation or speech, or even from a recording such as a voice mail message, or from an email or handwritten letter.

Lie Detection in a SNAP

Dr. Lieberman is the author of the New York Times best-selling book, NEVER BE LIED TO AGAIN (St. Martin's Press), which is the #1 best-selling book on lie-detection, with millions of copies sold in more than 27 languages. He is the expert's expert and in fact, he conducts training for elite FBI profilers, NSA, the United States military, and for police departments and private security firms on six continents—and created the program that is mandatory for all Psychological Operations (PSYOP) graduates.

He has been featured in hundreds of major publications and journals; and appears as a frequent guest expert on national media outlets, including multiple appearances on such shows as The Today Show, The View, and Fox & Friends, and CNN

Traditionally, lie-detection techniques relied on body-language cues or the use of a polygraph, popularly referred to as a lie detector, which measures physiological indices such as blood pressure, pulse, respiration, and skin conductivity or perspiration levels, while a person is asked and answers a series of questions. And this works only when you can interact with, or at least observe, the person.

You Can Become a Mentalist

Now, thanks to the exciting field known as psycho-linguistics, you can find out whether a person is telling the truth based on how they use language; and the best part is that it works without the need to interact with your subject!

That's right. You can tell if they are lying simply from listening to a conversation or speech, or even from a recording such as a voice mail message, or from an email or handwritten letter.

In this course, you’ll learn how to analyze the words people use—either in speech or in writing—and you will be able to determine who is being truthful and who is being deceptive. Even more so, you’ll learn the psychology behind the techniques to gain complete mastery of your detection skills.

Dr. David J. Lieberman is an award-winning author, with twelve published books, including two New York Times Bestsellers, which have been translated into 27 languages and selling millions of copies worldwide—including the internationally acclaimed, New York Times best-seller Never Be Lied to Again.  Moreover, Dr.Lieberman conducts training in tactics of lie-detection and interview and interrogation for the NSA, CIA, and the FBI’s elite Behavioral Analysis Unit. In fact, he created the program that’s mandatory for all Psychological Operations (or PSYOP) graduates in the United States Air Force—and he’s going to teach you, what he teaches to them.

Welcome to SNAP: Statement and Narrative Analysis Protocol, the NEWEST and most advanced method to detect deception—the same easy-to-use-method—the same method that taught to  the FBI, CIA, NSA, and law enforcement agencies around the world.

If you’ve ever imagined what it would be like to instantly tell when someone was lying, you don’t have to imagine anymore; because now it can be your reality. The possibilities are endless when you learn the skill to detect deception in any conversation, statement, email, letter, or voice message.

Dr. Lieberman has demonstrated the ease-of-use and accuracy of these techniques on hundreds of television and radio programs. In a special report for FOX News, host Jeff Rosin declared, “It’s simply amazing! I was with him and he was never wrong . . . not even once. I even learned how to do it and that’s saying something.”

During an appearance on Fox & Friends the host shocked the world, when on live TV she announced that she used one of Dr. Lieberman's techniques to learn that her husband was having an affair!

While interviewing Dr. Lieberman on his nationally syndicated radio program G. Gordon Liddy told his listeners, “I wish I had these techniques back when I was in the FBI.”

Save yourself time, energy, and heartache—and arm yourself today with techniques that are presented in the conversational and engaging, no-fluff style, that has made David Lieberman’s work so popular to MILLIONS OF PEOPLE around the world. In just about ONE HOUR, you will learn how to detect deceit without the need to interact with your subject! Again, you can tell if they are lying simply from listening to a conversation or speech, or even from a recording such as a voice mail message, or from an email or handwritten letter.

If you want to become a mentalist and easily know what people are thinking in any situation, then become a real-life mentalist now.

Don't miss out on your opportunity to enroll now because when the course is deleted, it will only be available to those who own it. 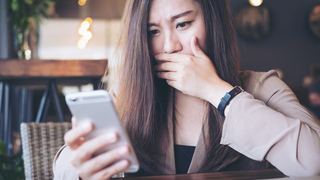