Logistic Regression was developed by statistician David Cox in 1958. The binary logistic model is used to estimate the probability of a binary response based on one or more predictor (or independent) variables (features). It allows one to say that the presence of a risk factor increases the odds of a given outcome by a specific factor.

Polynomial Regression is a form of regression analysis in which the relationship between the independent variable x and the dependent variable y is modelled as an nth degree polynomial in X. Polynomial regression fits a nonlinear relationship between the value of X and the corresponding conditional mean of Y. denoted E(y |x), and has been used to describe nonlinear phenomena such as the growth rate of tissues, the distribution of carbon isotopes in lake sediments, and the progression of disease epidemics. Although polynomial regression fits a nonlinear model to the data, as a statistical estimation problem it is linear, in the sense that the regression function E(y | x) is linear in the unknown parameters that are estimated from the data. For this reason, Polynomial Regression is considered to be a special case of multiple linear regression.

The predictors resulting from the polynomial expansion of the "baseline" predictors are known as interaction features. Such predictors/features are also used in classification settings.

In the Second section you learn how to use python to classify output of your system with nonlinear structure .In this section you can estimate output of:

Important information before you enroll:

It's time to take Action!

Click the "Take This Course" button at the top right now!

...Don't waste time! Every second of every day is valuable...

I can't wait to see you in the course! 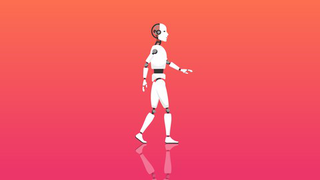